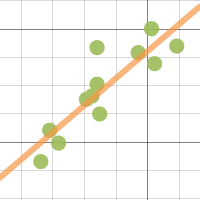 Bob
I appreciate your blog.

Hey Ralph, hope all is well with you.

One correction to this otherwise flawless post: all credit for gifsmos belongs to Chris Lusto (@lustomatical)

No problem. Thanks for the plug! I guess. Even though you tried to give credit to Luberoff. 🙂

Have you seen what we are doing in New Zealand with statistics software?
Have a play: http://www.jake4maths.com/grapher/

Thanks for the share. Playing with it now some – especially liking the treatment of CIs